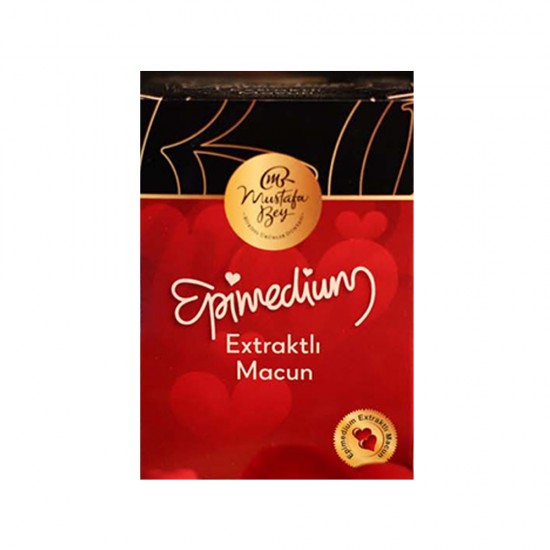 Natural tonic for erection and sexual desire without any side effects.
Stimulates the erectile function of men and increases blood flow to vaginal tissues of women.
Be sure to get your item exclusively from the Turk Attar to avoid falling victim to the ongoing forgery of this product.
And as always...Order 4 items from any product and ship for free to anywhere in the world!

A product intended to facilitate customs procedures in some countries, such as Italy, Spain and Qatar, in which customers suffer from the difficulty of customs procedures when shopping for the epimedium product from Timra, as this new product carries the same characteristics with a new UPC.

The main ingredient in Epimedium Paste with DATE molasses is EPIMEDIUM
EPIMEDIUM: Common name of herbaceous flowering plants containing 60 or more species of the genus Epimedium of the genus Berberidaceae family. Some species of this genus are endemic in southern China. Some of them are as far as Asia and some are far from Europe.
For obvious reasons, the epimedium was named  the “Horny Goat Weed”, as it stimulates the erectile function of men and increases blood flow to vaginal tissues of women.
This herb is grown as an aphrodisiac in many parts of Asia and Europe. Its effect was found out when it was seen that there was a change in the sexual activity of the goats that were grazing its leaves.
Epimedium is used not only as an aphrodisiac but also as a prime drug to defeat the erectile dysfunction and the frigidity in both sexes.
In males, in addition to erectile dysfunction (male impotence), it is given to increase the sperm and the sexual fill, while for women it is administrated also to combat stress occurring after the menstrual period.
The new researches have shown that the active substance of epimedium “the icariin” improves the blood flow in the genital and the erectile ability by binding the enzyme SHGB.
It strengthens the weakened organisms and increases the sperm count in men and the sexual satisfaction in women.
With pure Turkish flowers honey in its components, the Epimedium Paste with DATE is a product that combines epimedium with other miraculous aphrodisiacs, such as royal jelly, pollen, ginger, three different types of ginseng, the maca, cinnamon and vanilla and many other ingredients.
Epimedium Paste with DATE is formulated for every man to live his sexual life more energetic and rich. At the same time, it is a safe botanic supplement which can be used significantly in the cases of erection dysfunction and premature ejaculation. Each component of Epimedium Honey is used its self as an aphrodisiac product, and all of those components have quality analysis certificates.

Date molasses: Combining date molasses with epimedium gave the product unique benefits and results in the fight against ED. Nutritious feature is a very rich product. The molasses obtained from dates are lighter and more delicious. It is a dense, sweet syrup produced by crushing and boiling the fruit.

RAW HONEY: In other words, raw honey is the one where all natural vitamins, living enzymes, pollen and all other nutrients are preserved. Therefore, it maintains the value of raw honey in the best way.

MULBERRY MOLASSES: Mulberry Molasses production starts with the ripening of mulberries in the first week of June and lasts about five weeks. Mulberry trees are harvested 8-10 times during 3-4 days depending on the climatic conditions. Mulberry, usually obtained in the first harvest, is not used in molasses production. Consumed wet or sold retail.Subsequent harvests are suitable for molasses. After the ripe mulberries are harvested, extraction is done. During the sorting stage, foreign materials such as green mulberries, leaves, insects and wood particles are removed from the mulberry. After this process, the mulberries are poured into boilers and water is added to 1/4 and boiled in pine wood fire. In this way, the heat treated mulberries are pressed into pressing devices made of pine wood and pressed to obtain the so-called must.

GINSENG: Panax ginseng, also known as Asian ginseng, Chinese ginseng or Korean ginseng, is a plant species whose roots are the original source of ginseng. It is a perennial plant that grows in the mountains of East Asia.

POLLEN: The powder consists of male offspring cells. Flower powder, which is produced in male organs of flowers and fertilizes female organs, is called pollen. Pollen is a male reproductive particle that carries the genetic information of plants.

PALM POLLEN: Although palm pollen is beneficial for many ailments, the first benefit that people know in general is the role of having children. According to researches, palm pollen has a positive effect on infertility. It is necessary to consume before meals. It expels toxins in the body and makes one feel healthier. Removes excess water in the stomach. When mixed with oregano, it is beneficial for stomach cold and various chest diseases. Palm pollen is good for internal bleeding and prevents hypertension. It also helps with digestive problems and diarrhea.

GINGER: It is a perennial plant that can grow up to one meter from the ginger family, with thin-long leaves, yellow-red flowers, root tubers used as spices and medicines. Grows in tropical or semi-tropical climates such as China, India, Indonesia, Vietnam, Japan

LEPIDIUM: It is rich in vitamins A, B1, B2, B3, C and D. It contains iron, magnesium, copper, sodium, potassium minerals. With 19 different amino acid contents, it helps to maintain the balance of the body. It supports the work of the nervous system and helps to reduce the effects of stress, provides a better sleep.

slow-growing perennial plant belonging to the genus Panax in the Araliaceae family. This Chinese phrase refers to the root of the plant that resembles a human body.

SIBERIA GINSENG: Eleutherococcus senticosus, Acanthopanax senticosus, also known as Siberian ginseng, is one of the plants considered as adaptogen used in ancient Chinese medicine. They are generally found in mixed and coniferous forests as a group. 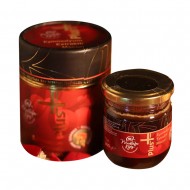 Epimedium Paste PLUS with DATE molasses, Epimedium Macun PLUS, 240 gr
Natural tonic for erection and sexual desire without any side effects. Stimulates the erectile function of men and increases blood flow to vaginal ti..
$19.50
Add to Cart
Add to Wish List Compare this Product
Buy Now
Quickview

Nettle and Garlic, paraffin-free, Shampoo, 400 ml
This Product is Effective in accelerating blood circulation in the scalp skin and stimulating the hair follicles, so it helps against hair loss. Th..
$13.50
Add to Cart
Add to Wish List Compare this Product
Buy Now 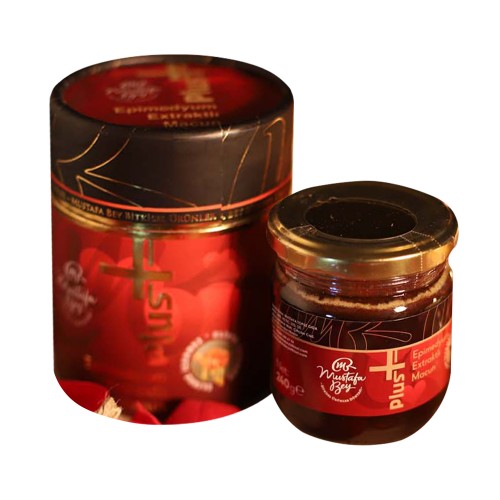 Epimedium Paste PLUS with DATE molasses, Epimedium Macun PLUS, 240 gr
Natural tonic for erection and sexual desire without any side effects. Stimulates the erectile function of men and increases blood flow to vaginal ti..
$19.50
Add to Cart
Add to Wish List Compare this Product
Buy Now